A Drawing a Day February 15 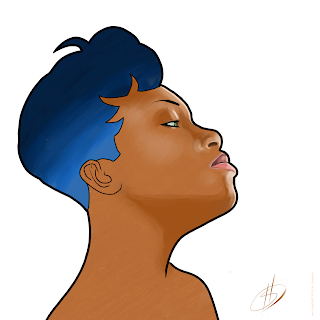 To celebrate Black History Month, I'm participating in #28black and drawing one black superhero or villain per day.

Today we show respect to a trailblazer. 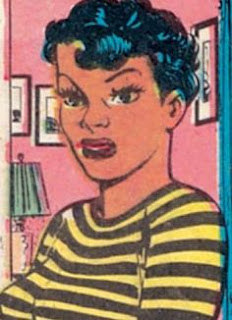 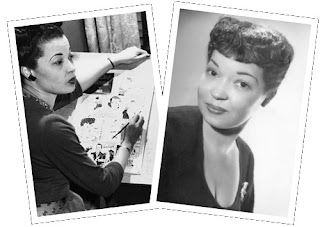 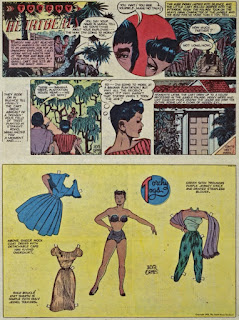 Jackie Ormes (August 1, 1911 – December 26, 1985) is the first African-American woman cartoonist and creator of the "Torchy Brown in Dixie to Harlem" comic strip in 1937 and the "Patty-Jo 'n' Ginger" a single-panel cartoon.

In 1950, Ormes re-invented her Torchy character in a new comic strip, "Torchy in Heartbeats." This Torchy was a beautiful, independent woman who finds adventure while seeking true love.

Ormes contracted with the Terri Lee doll company in 1947 to produce a play doll based on her little girl cartoon character. The Patty-Jo doll was on the shelves in time for Christmas and was the first American black doll to have an extensive upscale wardrobe.

Her heroines, like the iconic Torchy Brown, Candy, and Patty-Jo ‘n’ Ginger, all ignored the heinous, albeit expected, stereotypical look and actions of a black woman in media (fat, slow, dumb, not graceful etc). Ormes's characters are strong and independent women who are socially and politically aware, who strive for their goals against all odds, defy social norms, and pick themselves up by the bootstraps and move on to the next adventure, instead of languishing in their downfalls.

You may find more information on this web site
http://jackieormes.com/


Buying one of the books below will give me a piece of the action and help support this blog.
Support an artist today.