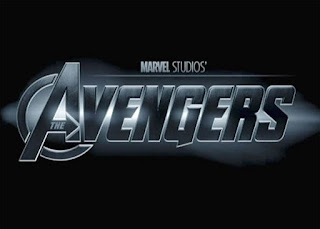 
First, let me say that I'm not a purist. I don't feel that a movie of adaptation of comic book characters have to follow the comic exactly. The Christoper Reeve Superman movie set the standard and showed that when you respect the source material and treat the characters as real and not as cardboard cutouts or stereotypes a good movie can be made. Not a good comic book movie, just a good movie.

Great movies started being made with the comic book characters when they started fleshing out the characters and understanding their motivations.

This is what helps make The Avengers a great movie. The individual movies clearly defined the characters and their motivations. Even without seeing those movies, it's clear to the viewer that those motivations are in conflict as the heroes assemble. Helping to give us the obligatory hero vs hero fight,which is handled very well. It's not just tossed in for a hero fight, it actually contributes to the story.

In fact therein lies another reason for the greatness of this movie. Not a single frame is wasted. Every move, every frame, every line contributes to advancing the story or revealing something about the character(s).

The movie opens on an alien world with Loki and an alien (not a Skrull). During the trailers the sound system was pumping. So I know it worked. Yet it was hard to hear clearly in this scene. Were they mumbling? This was the only time the sound was bad and my first disappointment

Then we see a captured Black Widow and the style of the movie is set in this one scene. Drama, action, humor, defined characters, understandable story, good acting and an investment in the characters. The balance is set here and maintained throughout the movie. There are two writers on the movie, but the Whedon style is immediately evident.

My second  and last disappointment was the title sequence. Was this an after thought? After months of pushing a well designed Avengers logo in our face. The title sequence shows a poorly designed logo.

There are payoffs for people who saw all the previous movies, but that's just icing on the cake. It does help at a critical turning point and really makes the audience (as well a the heroes) emotionally invested. The character interaction is amazing and serves to drive the story.

This movie arrives at just the right time. Special effects are at a point where you can't tell they are effects and so don't take you out of the story. As a comic artist I can create destruction on an epic scale. And it doesn't cost a thing. Previously movies couldn't afford to do this. Finally we can see a movie that can create the destruction that is believable in a world populated by superheroes.

The movie is longer than normal at 2 hours and 22 minutes, yet it does not feel long at all. I felt like I could have sat another hour without any seat bottom wiggle.

The Avengers is an awesome, entertaining movie.

(I don't know why Blogger hides the dock, thus forcing me to beg. Sheeesh!) Please use the hidden dock on the right to follow and subscribe to me. I also would like to see your comments. Is this helpful to you? Are the explanations clear and complete?

For my readers in other countries you can now translate this blog from the dock. I know you're out there, so please comment.